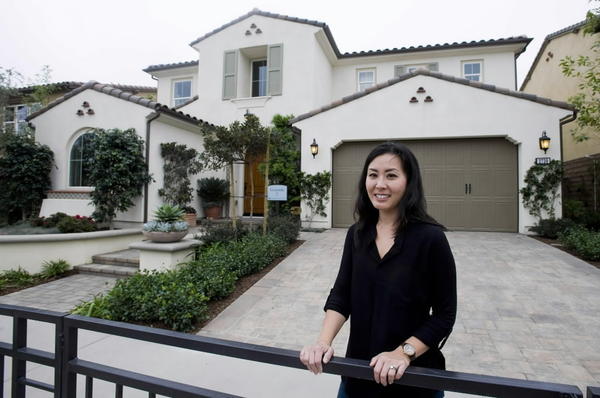 Janet Son stands at a model home like the one she and her family bought in Brea, Calif. Prices in the new-home development start at more than $1 million. (Sam Gangwer/ Orange County Register photo / October 23, 2013)