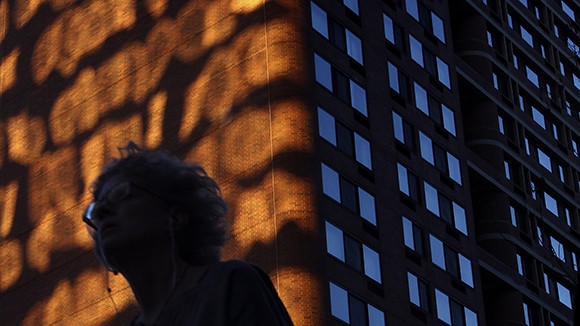 It’s a sweet time to be a condominium owner in downtown Chicago.
With a lack of new product for sale, other than ultra-luxury units, appropriately priced condos are selling fast, and values continue to recover.
Compared with the tail end of 2012, resale prices at 65 condo buildings downtown rose 9.3 percent in 2013, putting them only 6 percent below the market’s peak in 2008, according to a year-end report by Appraisal Research Counselors. Annual sales volume rose 8 percent from 2012.
“We’re hearing from brokers there’s a shortage of product,” said Gail Lissner, a vice president at Appraisal Research Counselors. “Definitely we are in recovery mode.”
Among new projects, the success stories include Trump International Hotel & Tower, where only 15 of the 486 condo units remain unsold, according to a year-end report released Thursday by Appraisal Research Counselors. Also faring well are the three-building South Loop condo project taken over by Related Midwest, where half of the 500 units are sold and the company is raising prices, and Belgravia Group’s CA Condos on Adams, which will not be completed until later this year but 42 of the 50 units are already under contract, Lissner said.
There are expectations that pricing will continue to be in seller’s favor, benefitting not just developers but also current owners considering a sale.
In January, the median price of a condo sold in Chicago was 26 percent higher than in January 2013, and on average, sellers received 95.2 percent of their original list price, according to data provided to the Chicago Association of Realtors by Midwest Real Estate Data LLC.
Meanwhile, the number of condos under contract for the week ended Feb. 1 was up almost 28 percent from a year ago.
Last week, a one-bedroom unit in McClurg Court, listed for $475,000,  which was $60,000 more than it sold for in 2011, went under contract in less than two weeks. The buyers wanted a unit in the building, and will move into it when the current tenant’s lease expires, said Amy Settich, a Coldwell Banker agent who represents the seller.
Settich expects the recovery to continue. Just this week, she fielded calls from several homeowners who opted not to sell two to three years ago, but now want to move on with their lives.
“Now they’re calling saying ‘can I sell it?’ I’m saying ‘you can absolutely sell for that price.’ (Sellers) put up with it for a couple years but now they can’t take it. I’m really excited for spring.”
This post was originally published on ChicagoTribune.com on Feb. 14, 2014.